Umbilical Cord VS Placenta: Everything You Need to Know

Soon after conception, a support system for the baby begins to develop within an expectant mother’s body, consisting of the placenta and umbilical cord. You might have already come across these terms as expecting parents, but do you know the value they hold for you and your little one? You might have been told to consider banking either or both of them after birth. Do you know why? What do your umbilical cord and placenta do during pregnancy, and why are they still beneficial after birth? From the differences between the two to what they do, what they can’t, to whether you should preserve them after birth, read below to learn more.

Enrol for LifeCell
Stem Cell Banking
& Get Exciting Gifts Worth
₹ 17,067* FREE
& Guaranteed LifeCell Cashback Up
To ₹20,000!
Request A Call Back

What Are the Placenta and the Umbilical Cord?

When an egg is fertilised, it divides into two components - one becomes the embryo and the other becomes the placenta, which grows along the lining of the uterus. The umbilical cord develops from the embryonic tissue, connecting the fetus to the placenta.

The placenta is a temporary organ that absorbs nutrients and oxygen from the mother and transports them to the fetus, while also transporting waste material and carbon dioxide from the fetus to the mother’s system, for excretion. The placenta also produces hCG (human chorionic gonadotropin), the hormone required for establishing a healthy pregnancy.

What Does the Umbilical Cord Do?

The cord is clamped and cut by the doctors after birth, and the remaining umbilical stump dries and falls off. The point where the umbilical cord was connected to your baby until birth becomes the belly button

The umbilical cord thus acts as a connecting life-line between the placenta and the fetus, helping transport blood, oxygen and nutrients to the baby from the placenta, and transporting waste material and carbon dioxide from the baby to the mother’s system for excretion.

What Does the Placenta Do?

The placenta acts as a temporary organ for fetal life support. It attaches to the inside of the uterus, and works like a medium of exchange between the mother’s and baby’s blood supply. The placenta is full of maternal blood, but also contains small blood vessels that contain fetal blood. Nutrients and oxygen are transferred from the mother’s blood to the fetus’, while waste products are transferred from the fetus’ to the mother’s blood, without the two blood supplies mixing.

The placenta also produces pregnancy-related hormones including hCG, estrogen and progesterone. The placenta is expelled from the uterus after delivery, through a process called “delivering the placenta” or the “after-birth” process.

Umbilical Cord and Placenta Banking: What to Know About Them

Umbilical cord blood is recognised by Indian regulatory bodies like the IAP (Indian Academy of Pediatrics) and ICMR (Indian Council for Medical research) as a rich source of hematopoietic stem cells or blood-forming stem cells, which are an approved form of treatment for over 80 disorders affecting the blood and immune system.

Considering these benefits, it is important to consider banking your baby’s umbilical cord blood after birth. Cord blood contains 10 times more stem cells than bone marrow, and is also a source of younger, more immature cells, which are less likely to be rejected by the recipient’s body. It is essential to discuss your family’s medical history with your healthcare professional while making the decision to bank your baby’s umbilical cord blood after birth.

Some cord blood banks and other stem cell banks offer the option of saving placental blood and tissue as well after birth. Placental blood is the blood that lasts within the blood vessels of the placenta after delivery. It can be collected after the placenta is expelled from the uterus. Tissues from the placenta are a source of mesenchymal stem cells (MSCs), which are being studied around the world for applications in regenerative medicine.

What Your Placenta Can And Can’t Do

So should you consider banking your placenta? It’s important to be aware of the merits and limitations while making that decision.

What makes placental tissue special? How can it prove beneficial? Blood from the placenta is rich in hematopoietic stem cells, like those found in cord blood, which are used for transplants to treat blood and immune system disorders. Placental blood is also rich in mesenchymal stem cells, which are more immature, and could theoretically mean better outcomes by reducing the chances of rejection.

Mesenchymal stem cells from placental tissue are also being studied across the world for their use in regenerative medicine, due to their ability to reduce inflammation and modulate the immune system.

Historically, placental membranes were found to be an effective wound dressing in the early 1900’s and were also used in eye surgery since 19403. Several clinical trials are underway, investigating the use of placental tissue for wound-healing, autoimmune disorders, arthritis and more.

The placenta is a vital organ during your pregnancy, helping keep you and your baby healthy. However, cord blood banking provides more potential value than placental tissue banking does. Of course, you are not obligated to preserve your child's cord blood. You can decide, with the help of information and advice from your healthcare provider, whether or not cord blood banking is the right decision considering your family’s medical history and predispositions. You can also consider donating the stem cells so that others might benefit. 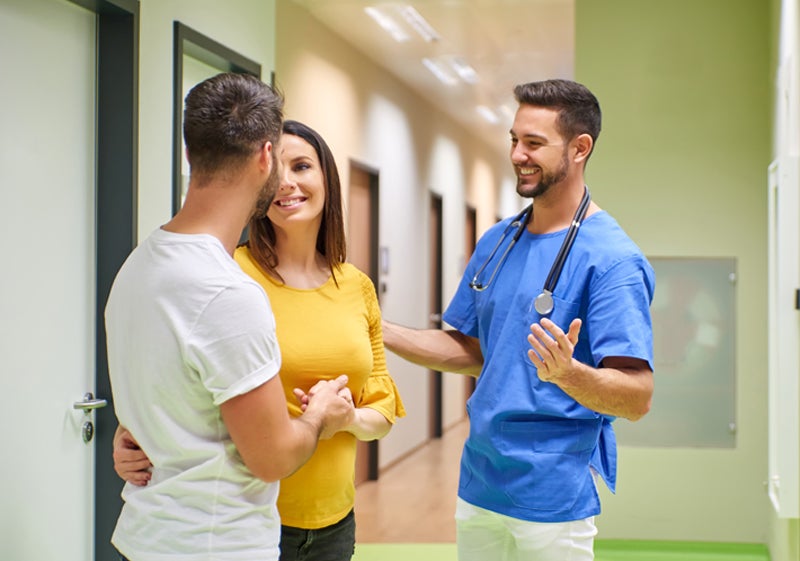